as i drove home last night, the world was in the process of dusting cars and sidewalks and roads with an ever-so-slight bit of snow. baby snowflakes swirled faintly through the air, pushed to and fro by the wind. it wasn’t enough for snowmen yet, or scary roads, but it was enough to give the night that peaceful, soft glow that only snowfall can give.

when i woke up this morning, that slight dusting had turned into a great white blanket, thick and heavy and cozy. i stepped outside for a bit after my pancakes and hot chocolate breakfast, the snow still lightly tumbling down, landing on my black sweatshirt, a contrast against the dark fabric. 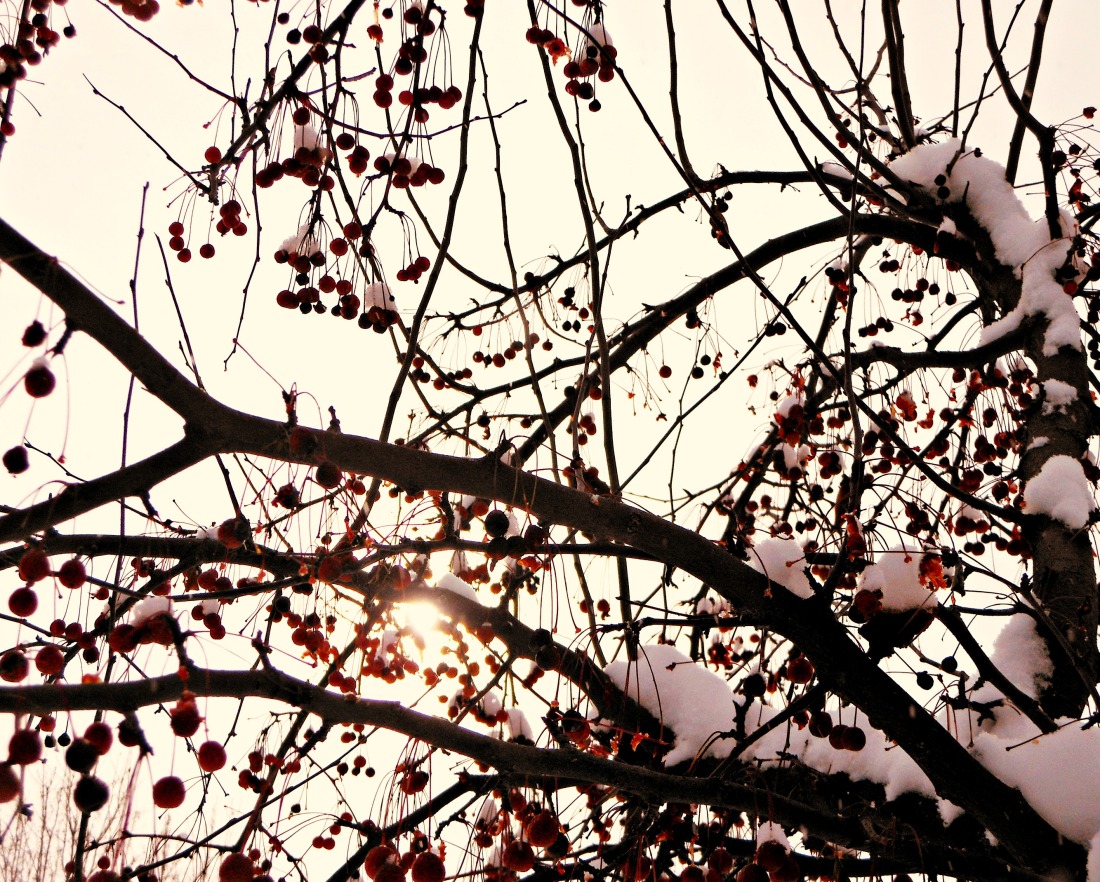 i pretty much adore living in the world after a snowfall – hearing the muffled rumble of cars driving by, padding gently through the white stuff, enjoying the delightful crunch from stepping in and sinking just a bit, and drinking in the little details of snow, the way it rests on bushes and leaves and trees and berries and sunflowers that grew bright not so long ago. 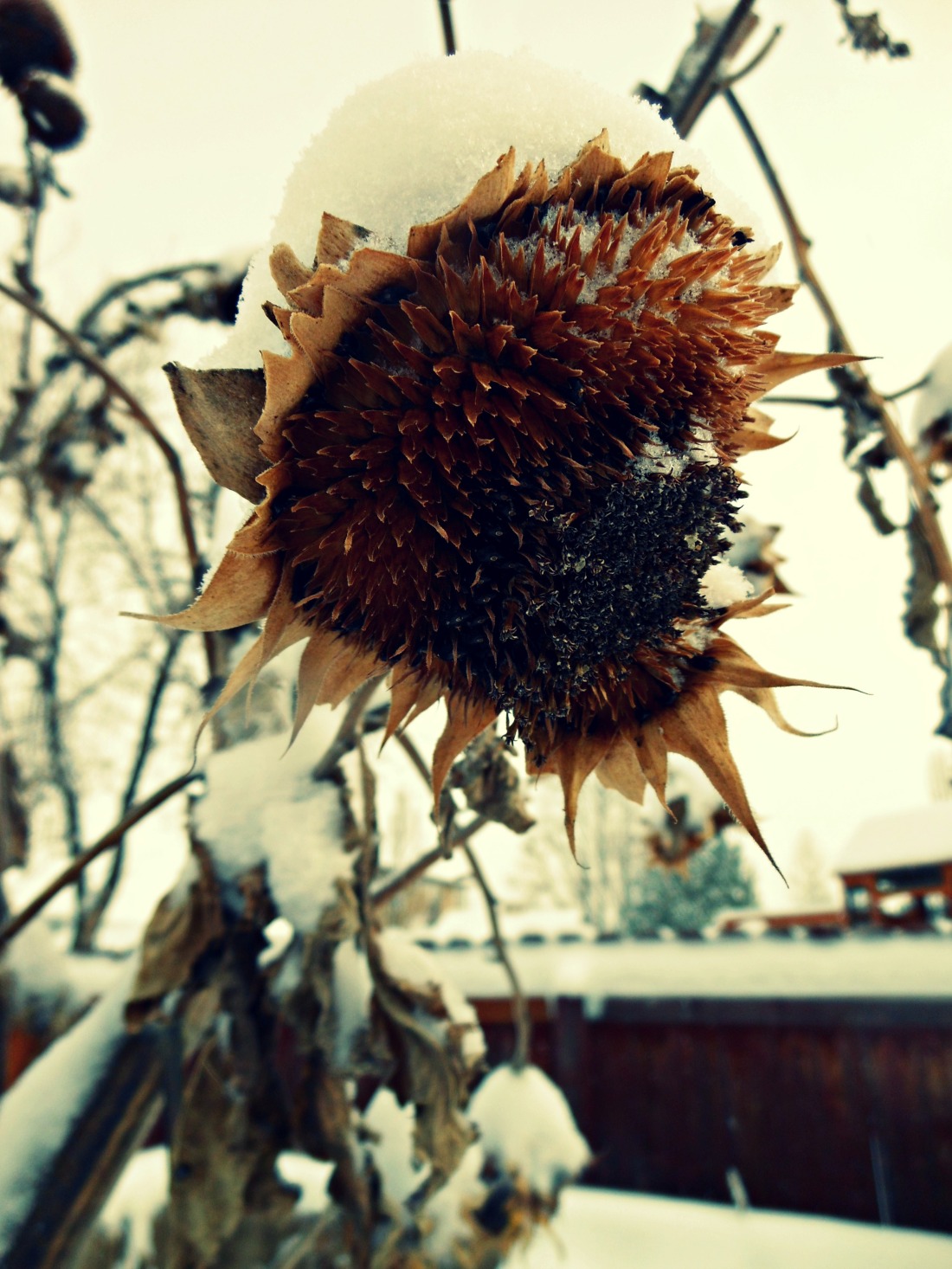 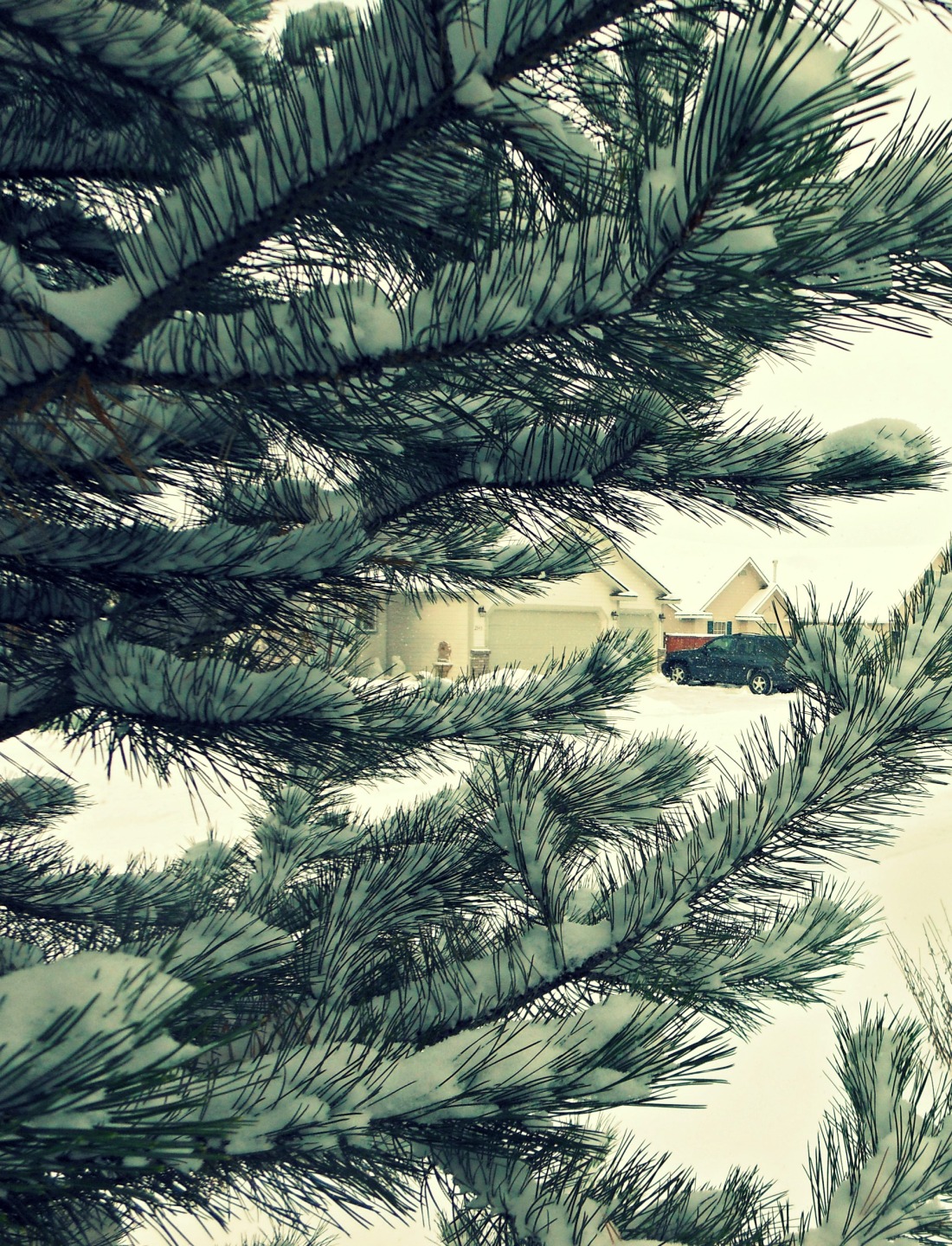 i love the playland the snow creates for neighborhood kids. the snow allures and invites everyone waking up and seeing it to build forts and have snowball fights and ride in bright-colored sleds pulled behind trucks. i miss the days of attempting to make igloos and enormous snowmen and staying out all day until your nose was numb and your gloves were cold and soaked. i miss the days before getting older, before snowfall became synonymous with dangerous roads and ice and difficulty getting errands done, when it meant snow angels and adventure and playing with friends until dark instead.

it being a saturday where not much needed to be accomplished, today was, fortunately, an exception to that particular sentiment. these lazy moments of staying inside and not worrying about going anywhere and just letting nature do its thing – i can’t quite get enough of them.

One thought on “a little white dusting”