Guys, today was a good day. I slept waaaaay in until 9:30, with no alarm to wake me up, which is a glorious thing indeed. In the world of Tessa Brynn, in order to be considered truly sleeping in, no alarm is allowed to be involved.

I laid in bed for a decently long while, contemplating making some pancakes for breakfast, but that turned out to require entirely too much time and effort for how hungry I was, so oatmeal happened instead. With chocolate chips. Because I’m getting slightly bored with the same oats-water (or milk)-peanut butter-sugar-cinnamon-vanilla-coconut combination, so why not throw in some chocolate chips to shake things up?

I then took myself and my chocolate oatmeal to our cozy living room, camped out on my favorite corner of our chocolate-brown couch, and proceeded to go through almost the entirety of Natalie Jean’s archives for the next couple hours. Or at least it took two hours to get to the part where she has her adorable baby, and then I figured I’d better do some studying, so I took a few breaks to make some flashcards and attempt to retain some information about world climate zones.

But in order to muster up the motivation to study, of course there had to be lipstick. And a tiny bit of mascara. And I even brushed my hair. But still pajamas, for sure.

Hunger struck again at some point, around 3 in the afternoon, so I reheated leftover pasta, grabbed my fuzzy blanket from it’s place of honor on my bed, concluded that I’d done enough school-related work for the moment, and went back to the blog. Because, priorities, obviously.

^^^my view for pretty much the whole day

^^^all the unmakeuped glory of someone who is enjoying doing nothing way too much (although I suppose there’s some leftover from yesterday). this was before the lipstick and mascara, obvi.

And then I went running at 5 (whoooo! points for setting foot outside the house!), figuring that a sunset run was much better anyway than a morning or afternoon run. Except I forgot that it kind of rained today, and was cloudy, so there was actually no sunset to enjoy on said run. But hey, Jack Frost did a little creeping down the mountains today, so that looked pretty neat. Or at least I thought so – looking into the distance made me remember that I still hadn’t put in my contacts yet, so maybe the un-blurred version of the mountain view wasn’t as great as the one that I saw. And it also got dark a lot faster than I was expecting, so that was slightly sketch, but I pretty much don’t worry about anything ever happening to me (right Caroline?), so it was all good.

Aaaaand some scenes from the run…… 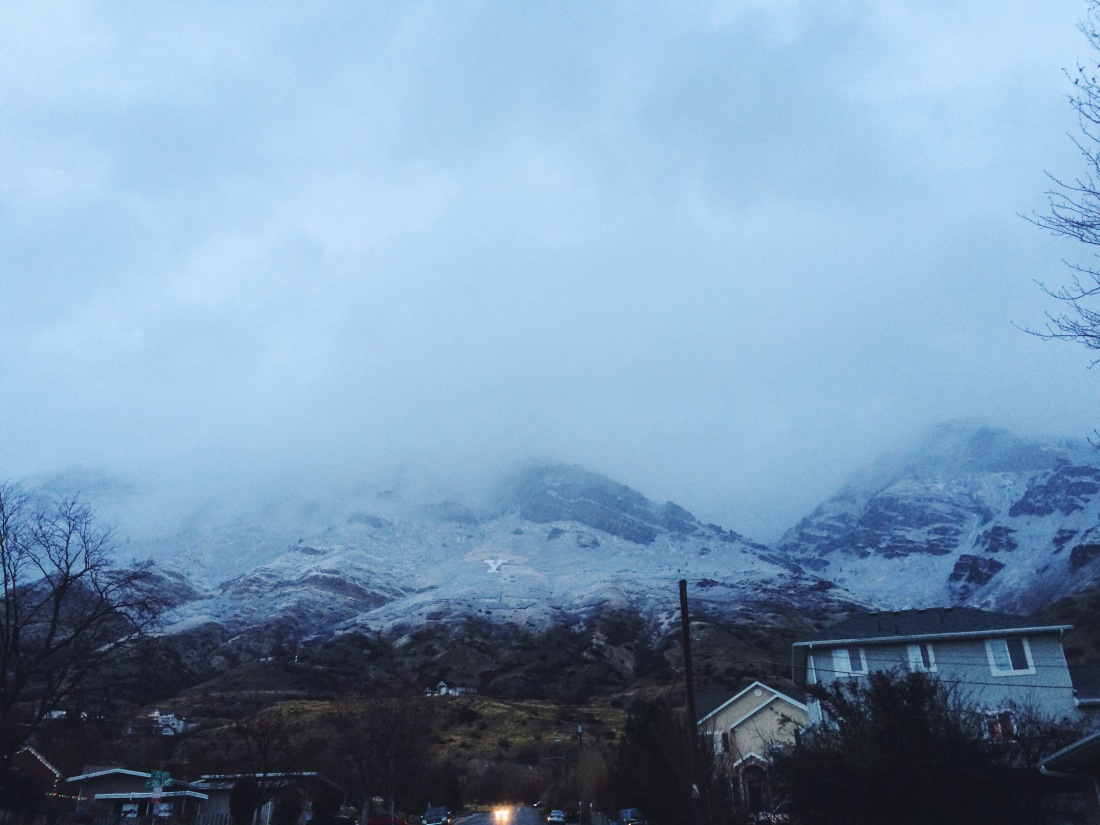 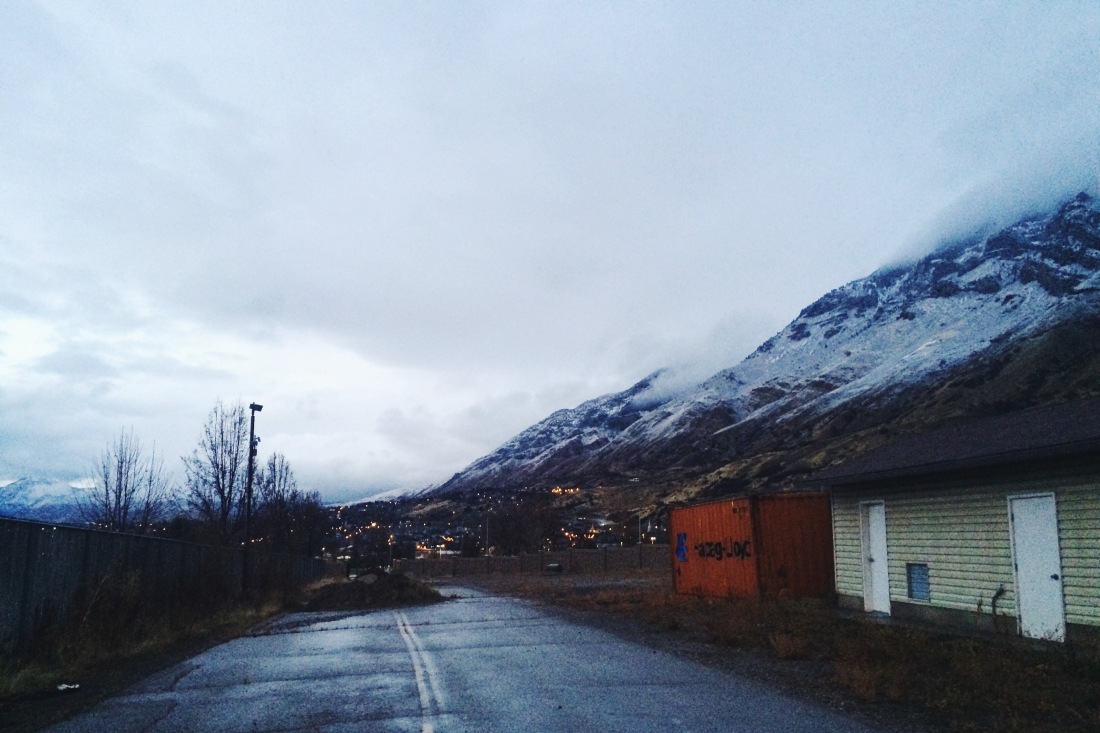 ^^^aren’t Utah mountains the best? They’re still one of my favorite parts about living here.

Also, I’m ready for fresh fruit to be a thing around here again. I’m seriously craving strawberries, and blueberries, and oranges (although I guess those are in season?), and raspberries.

Speaking of cravings, and going back to the extensive blog reading of the afternoon, the New York vibes are SO STRONG right now. Although Utah mountains are pretty cool. But really, does anyone want to take me back to New York? And maybe find me somewhere to live? And maybe a job? Although I think I could just wander around for a while without a job and enjoy myself just fine for a solid couple weeks. But seriously, just you watch out New York – I’m coming for you someday.

So now I’m just sitting here, trying to decide what I want to eat for dinner, wishing I had a smoothie, or maybe even just some bread would be stellar. I decided a month or so ago that I’m going to stop buying bread and actually make it myself instead (college kid budgeting and stuff), but I’ve been severely lacking in cooking motivation lately, so no loaves of homemade bread have happened yet. Ah, bread! Doesn’t that just sound divine!

On a random tangent…favorites from the past week:

– finishing up classes for the semester

-our decked-out-to-the-nines office at work

-strangely warm weather here in Provo (like, how is it 50 degrees and the middle of December?)

-sleep (because college, and finals)

-professors bearing testimony on the last day of class

-the temple in the morning, as well as the walk to and from the temple, where the thoughts really happen

And for more randomness, the leaves on campus looked cool last Saturday while I was walking home. The last bits of fall are slipping away, and I’m missing it just a little bit. Now if we could only get some snow around here…

That’s about it for today! Highly productive, I assure you. Actually, it was wonderful to have a day without obligations, and I am grateful for the chance to relax. I’m sure next week I’ll wish I’d made better use of my time today, but for now it’s been great. And I hope that anyone reading this had quite the rad day as well!

other places to find me (because making friends is fun, right?!):